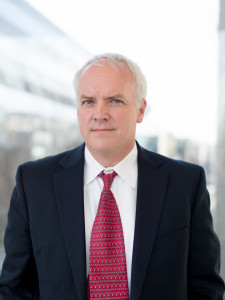 Mr. Steilberg attended the University of Portland, the University of Salzburg, Austria, Evergreen State College, and received his B.A. in 1987. He received his J.D. from Northeastern University School of Law in 1992. He served as Law Clerk to Chief Justices Fred H. Dore and Barbara A. Madsen of the Washington State Supreme Court. He is a member of the Washington State Bar Association, the Oregon Bar Association, the United States District Court for the Western District of Washington, and the United States District Court for the Eastern District of Washington. He also belongs to the Washington Defense Trial Lawyers Association and the Defense Research Institute.

Mr. Steilberg has co-authored articles regarding personal injury defense in Washington as well as compendia regarding professional liability in health care. He is a member of ALFA International’s Health Care Practice Group and Product Liability Group. He has served on the Civil Rules Committee for the Washington Bar Association as well as the Character and Fitness Committee.

Mr. Steilberg enjoys skiing, climbing, sailing and vintage automobile and motorcycle racing, almost as much as his two delightful children.